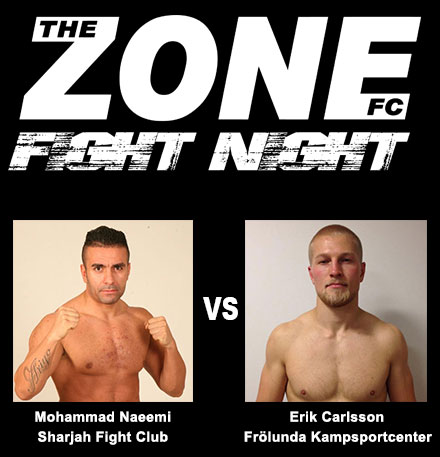 Local fighter Erik Carlsson representing Frölunda Kampsportscenter will fight Mohammad Naeemi coming all the way from Iran to Gothenburg in a PRO fight in 77,1kg.

Erik, who last fought at our last event in Lisebergshallen in april 2014 – The Zone FC – Tough Luck, has 4 wins and 1 loss in his professional record and is a well rounded fighter with most of his wins coming by submission. His opponent, Mohammad stems from Iran and fights out of the United Arab Emirates representing Sharjah Fight Club. He has 3 wins and 2 losses in his professional record.